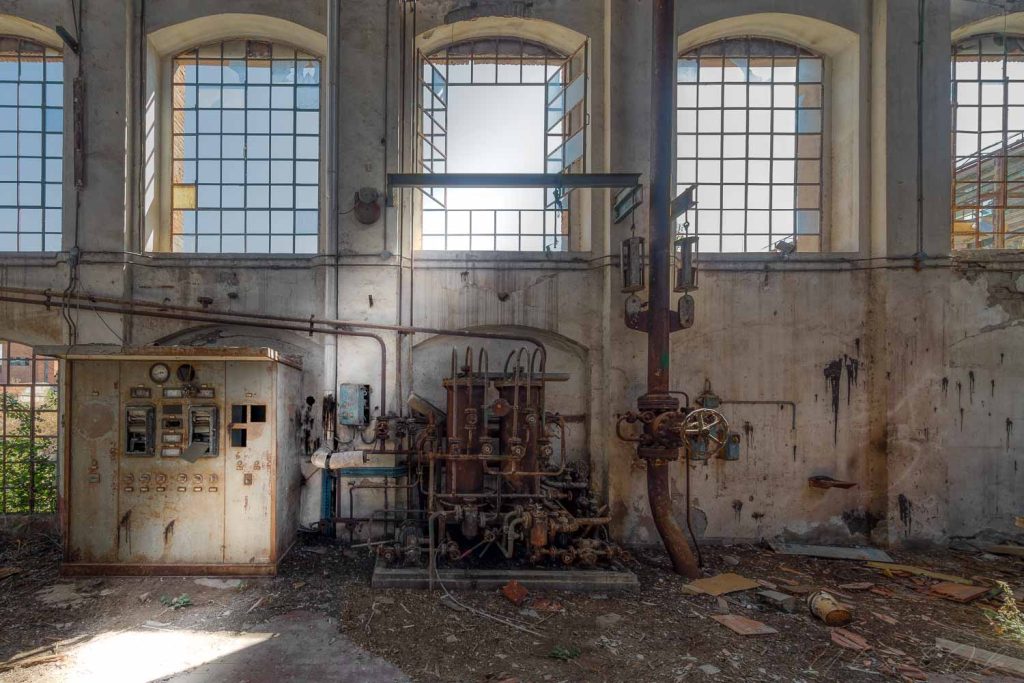 The sugar refinery was completed around 1899 with the investments of the company Etruria and the Tirrena bank. The chimney still overlooks the city, thousands of men worked in it and millions of beets were brought in by trucks which then underwent the process of transformation into sugar. The smoke from the chimney plagued the […] 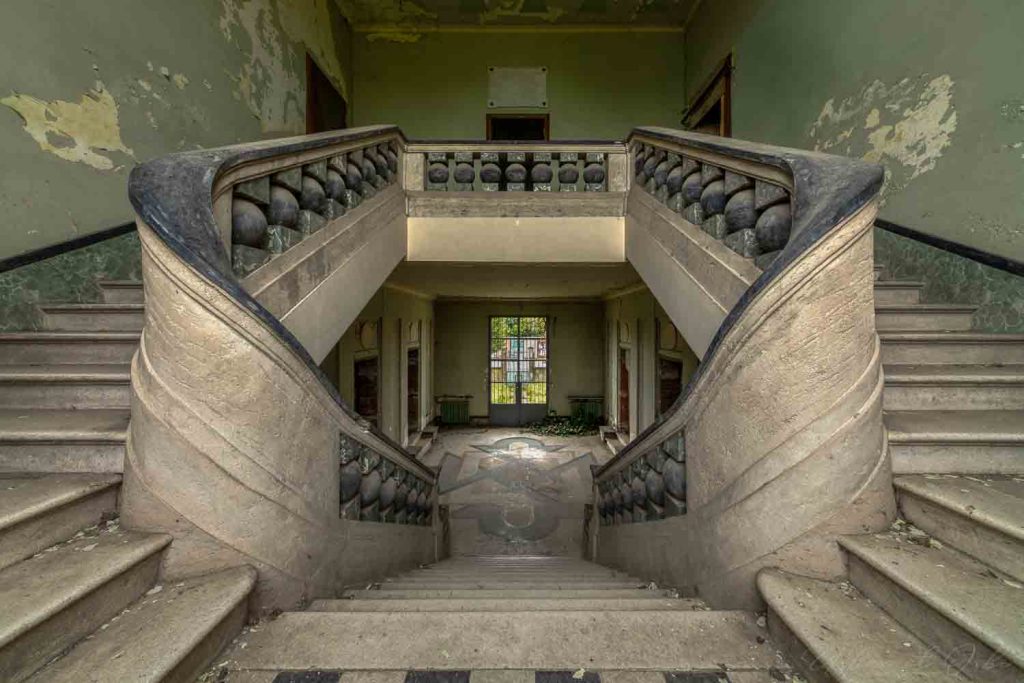 The construction of the Casalegno Orphanage dates back to 1877 and it closed its doors in 1978. It was commissioned by a saint from the region who wanted to offer shelter and education to all orphans in the area. All rooms have been emptied, but strangely enough, the laundry room is still partly intact. The […] 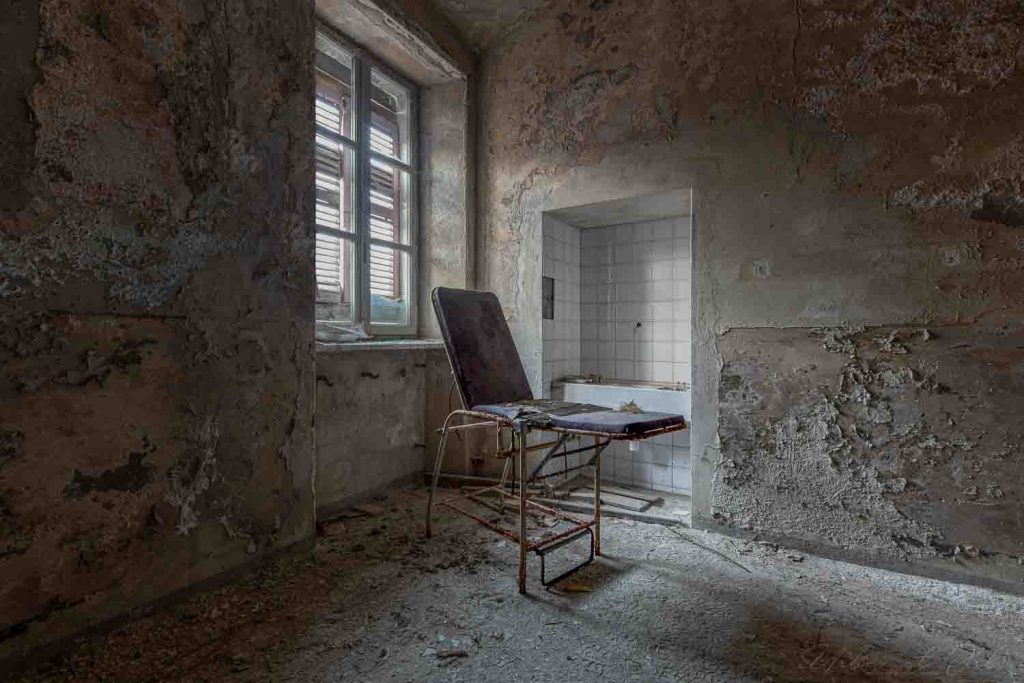 The start of the structure began almost by chance, from an idea of ​​​​Don Giovanni Bosco who, in 1851, climbed to the top of a mountain and found the ideal position to build an oratory and a college. This monastery was built to function as a medical lyceum and boarding school run by Salesian priests. […] 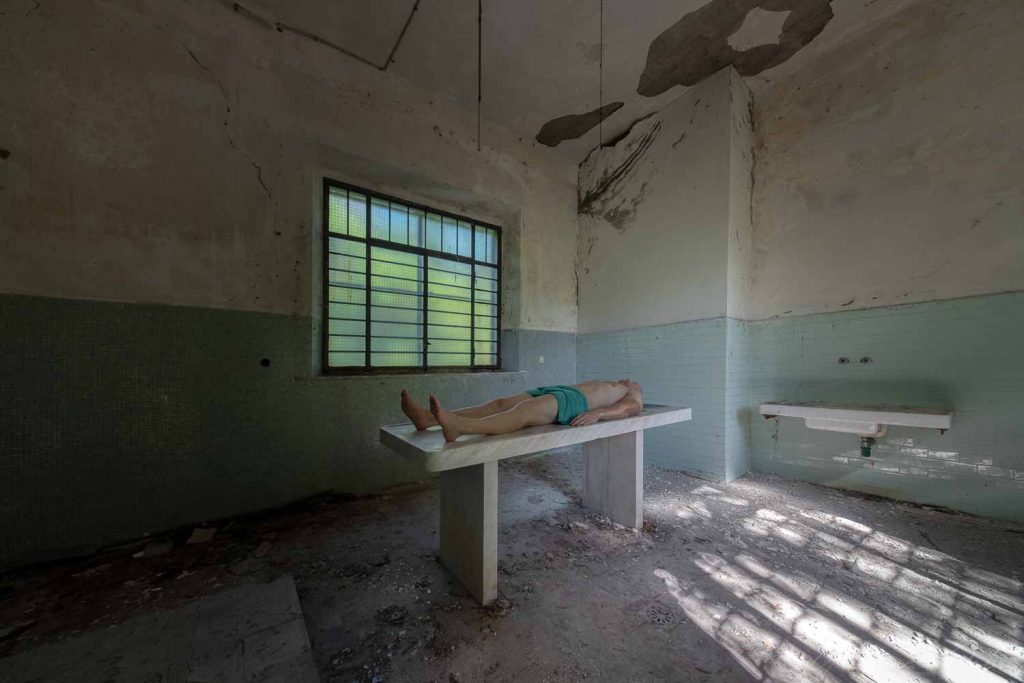 The original dates from the 17th century. In 1868, it was bought by Agostino Sbertoli, who wanted to create a health facility for wealthy families. During the Second World War, the complex was occupied with political prisoners. After this period, in 1951 it was transformed into a public psychiatric hospital. In 1978 it was finally […] 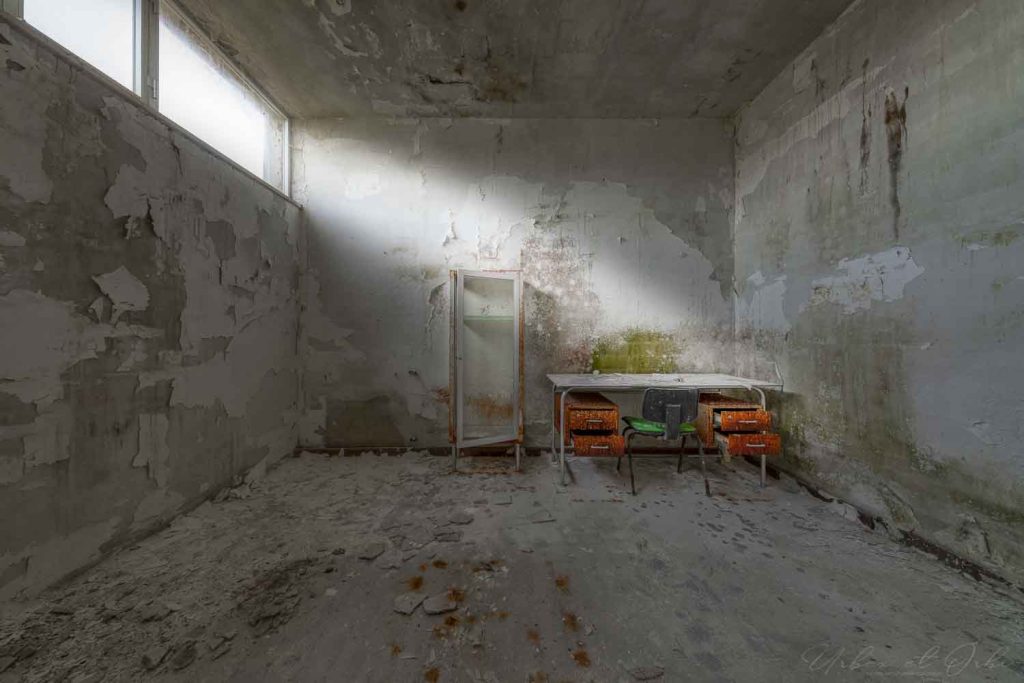 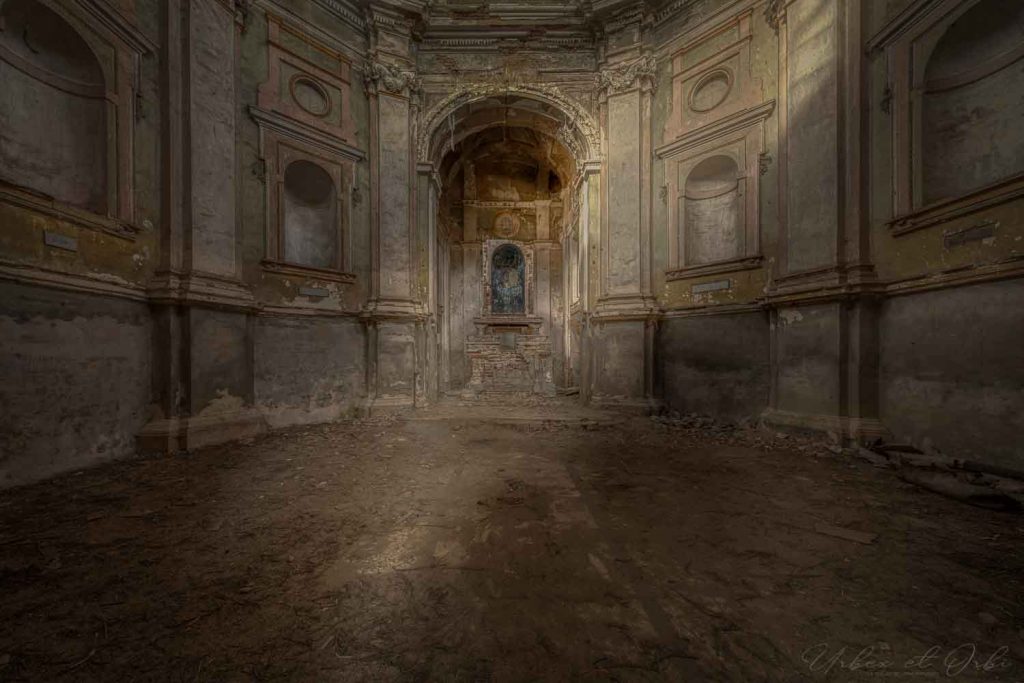 A small chapel hidden among bushes on the edge of a forest bordering a meadow. A church completely stripped, and even in that condition, it is still beautiful. There is absolutely nothing left in the church and there is not even a road to it. Unfortunately, I couldn’t find anything about the church’s past. Maybe […] 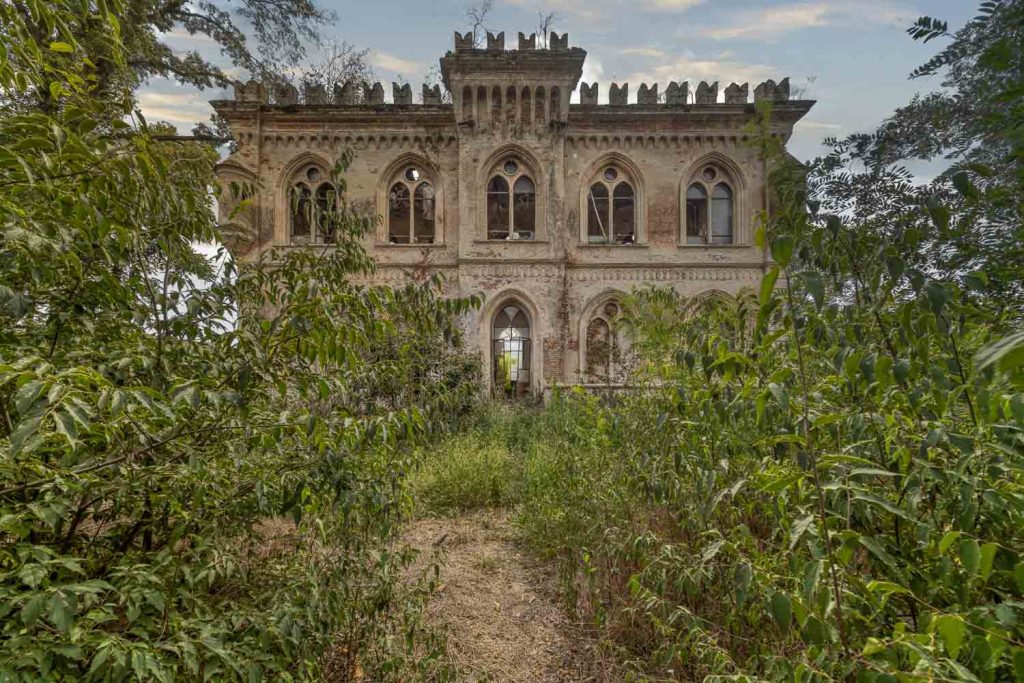 This empty castle is in the middle of nowhere. Our stay in Italy was during a very green period and that meant that the nettles and blackberry bushes had grown at least 2 meters high and we had to cut through them. It was built in a special way because if you stand in the […] 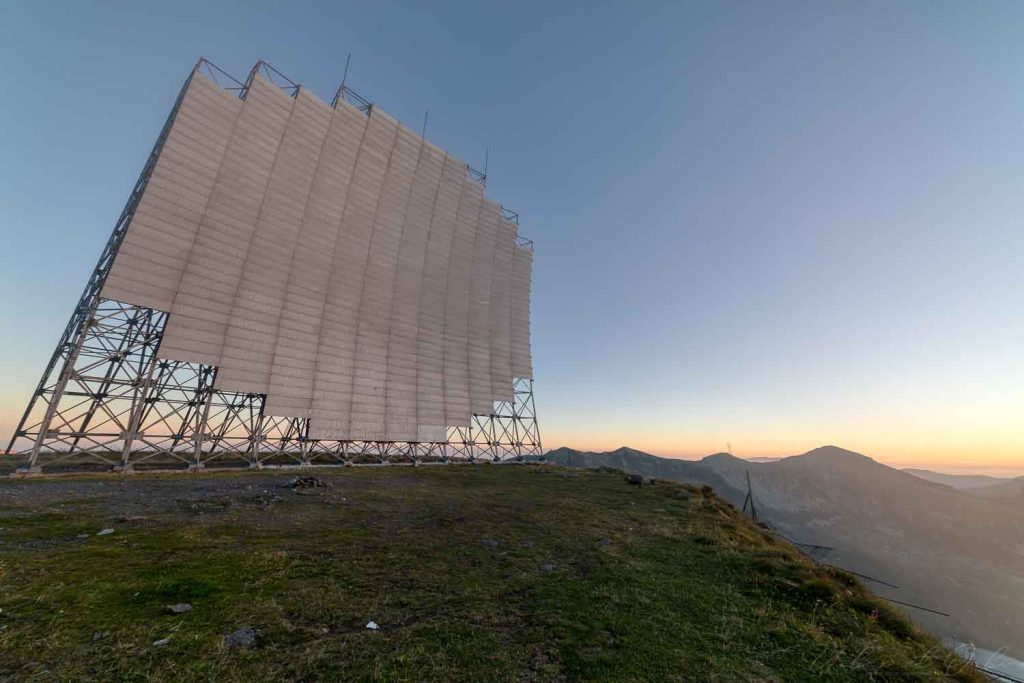 An unforgettable experience this was. Huge satellite dishes left to rot. We had to drive to the top of this 2.5km high mountain and see how far we would get by car and how far we had to walk. We cooked our dinner in the clouds. At dusk, more and more clouds and beautiful colors […] 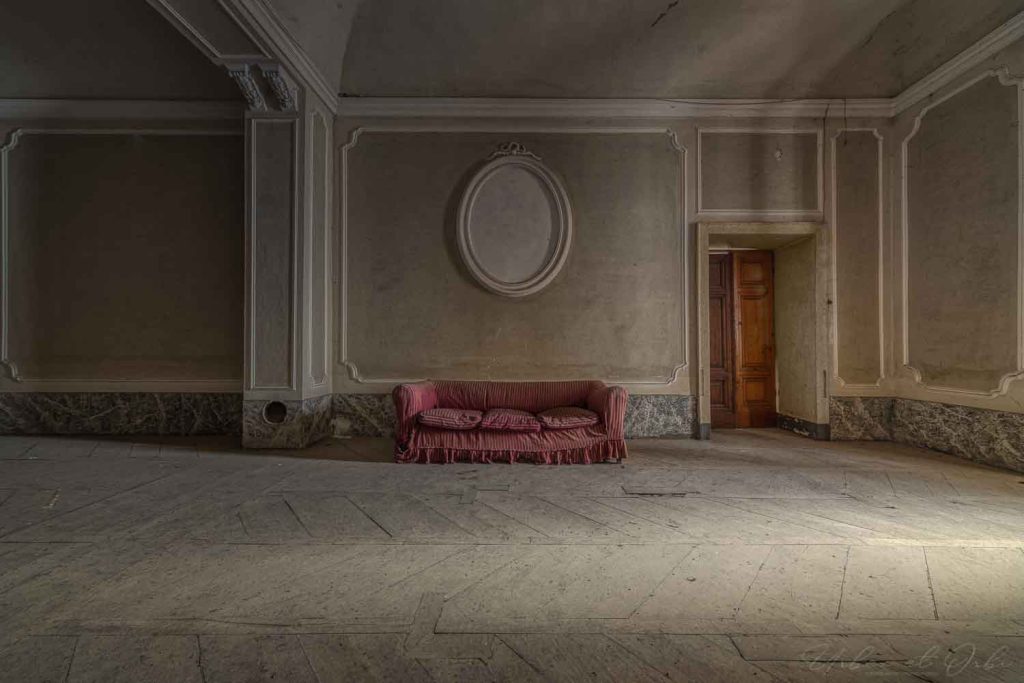 We found 2 options to enter, 1 was within sight of a walking path over a 2.5-meter high ornamental fencing with spear points and the 2nd option was out of sight through a small toilet window. So it became the 2nd option which was quite a task. Don’t ask me about the way back where […] 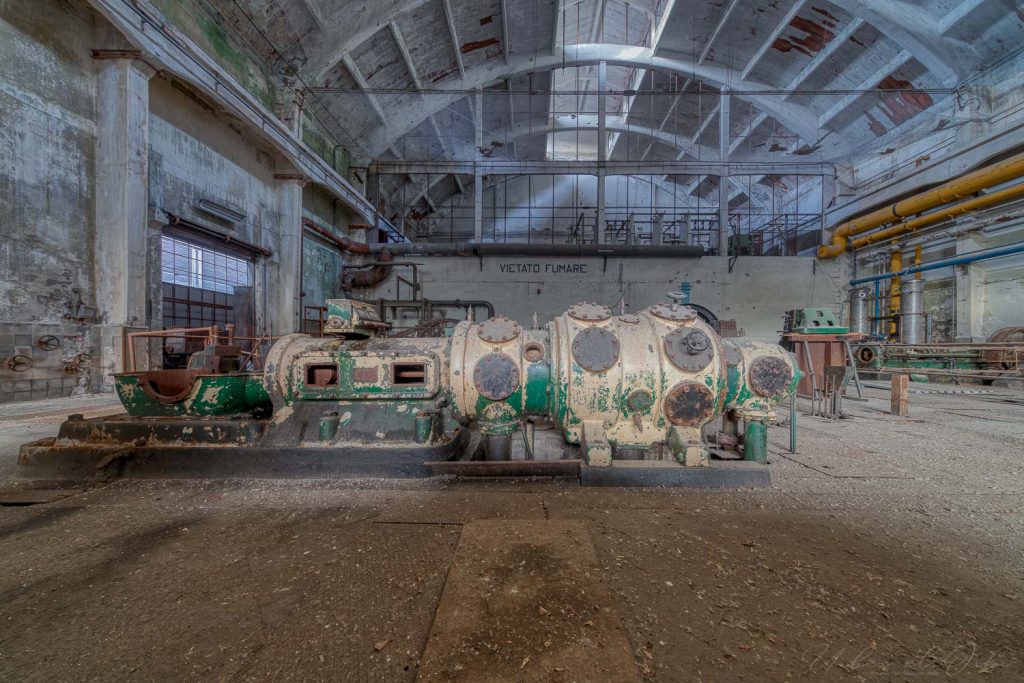 This was yet another location that we just caught on in the nick of time. A buddy of ours in the Netherlands heard where we were in Italy and still had an old industrial location that we couldn’t miss. I have no idea what it is exactly but it looks like an antique power station […] 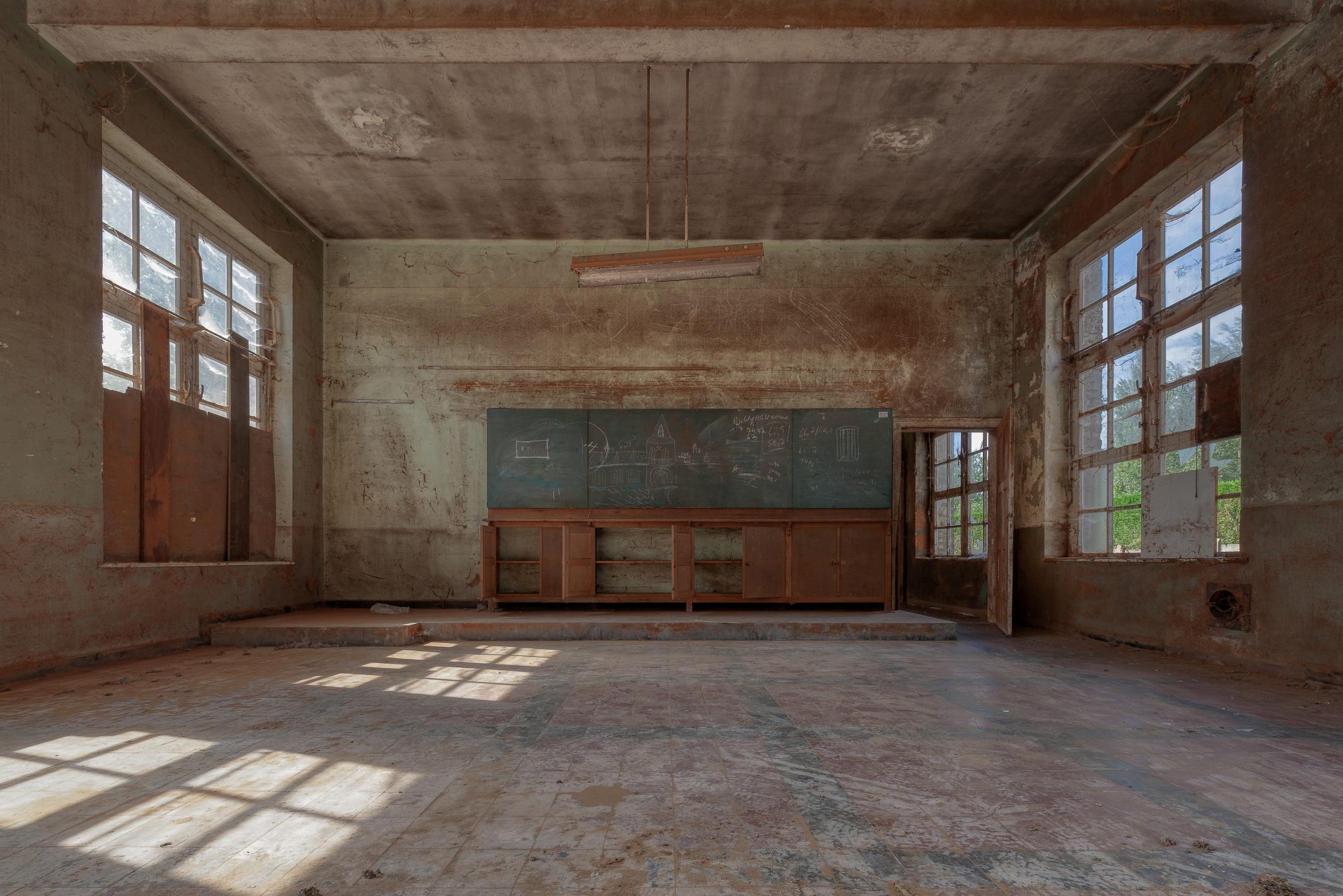 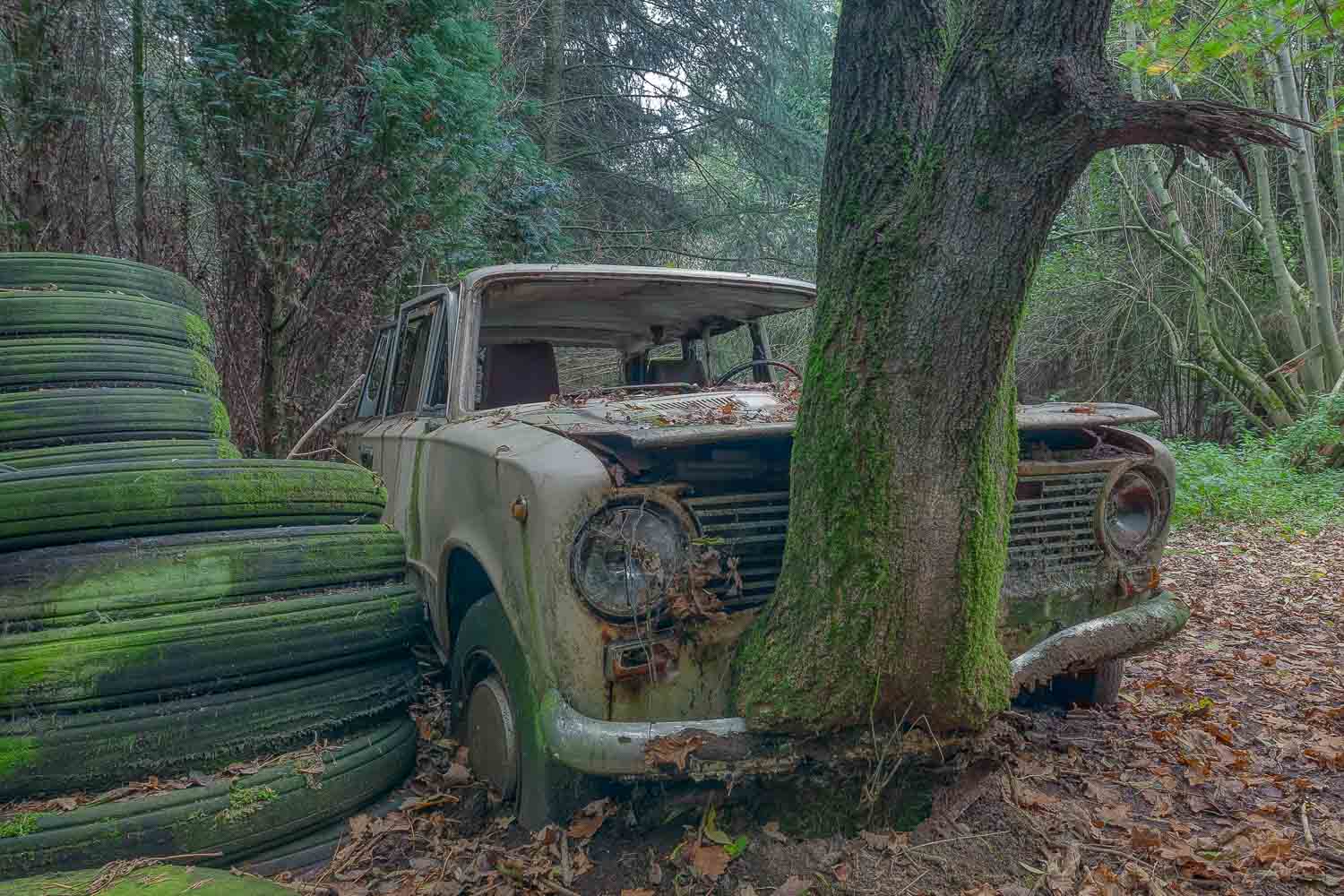